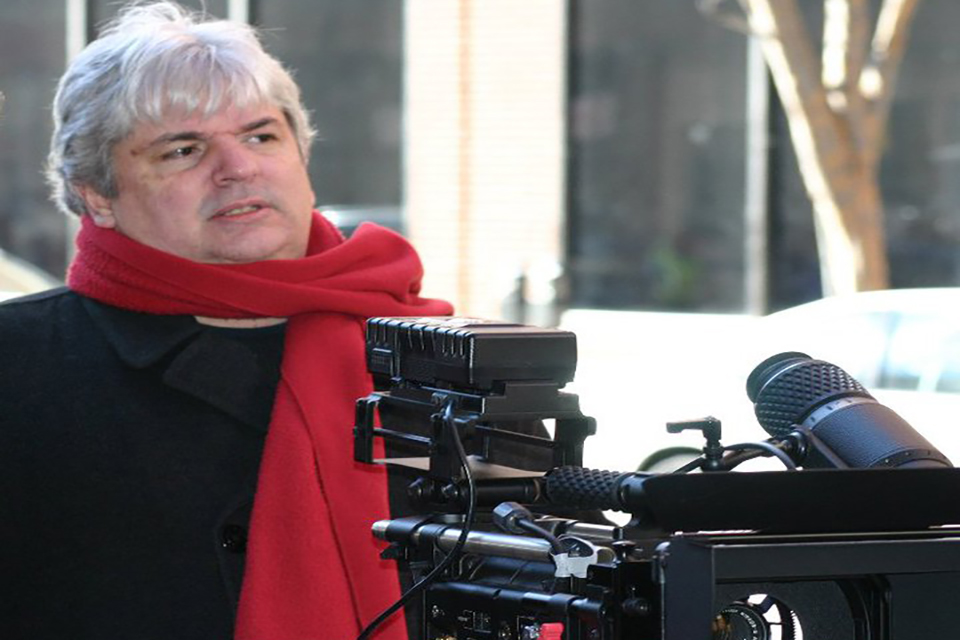 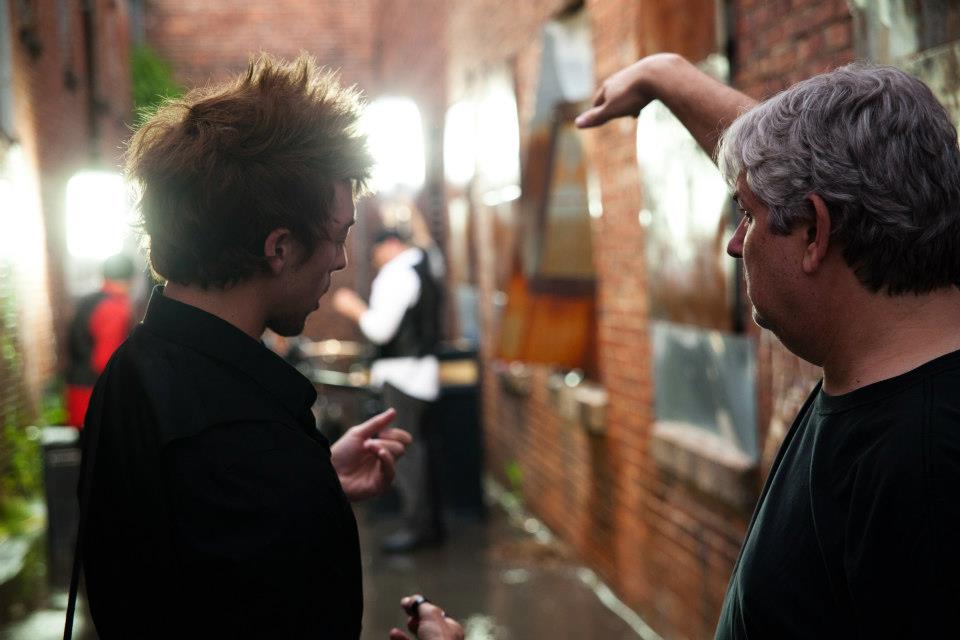 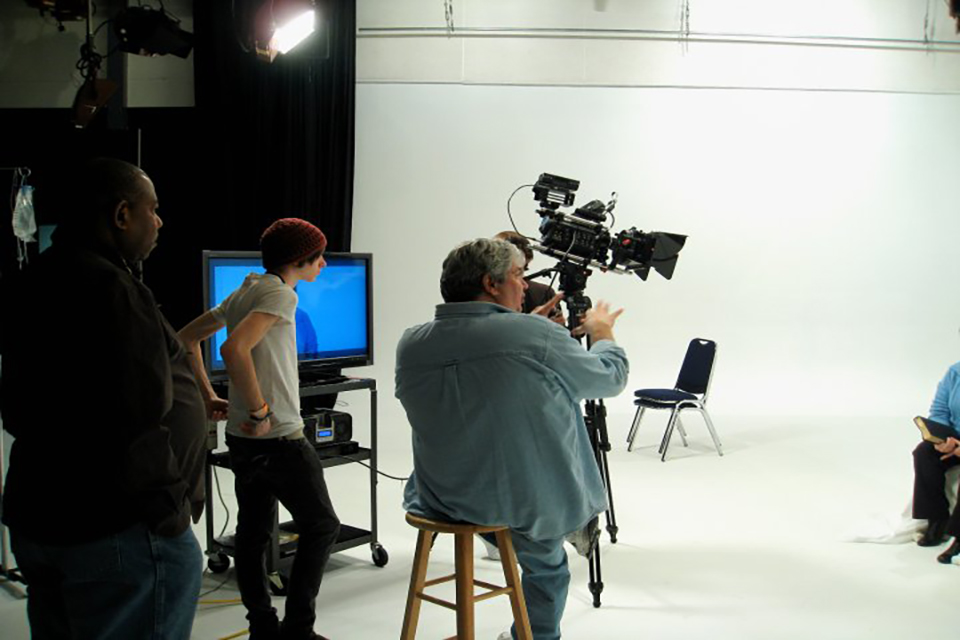 2019 News…   All Light Will End is now available on Netflix.

When Dave and his son Josh started a boutique motion picture company focused on producing high quality, family-friendly, uplifting and life-inspiring films, they never realized their films would be seen around the world.  More than a decade late, The Moodys are producing several new feature films annually. 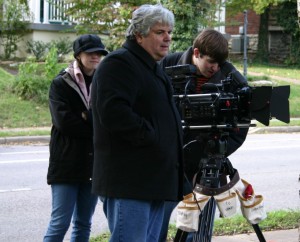 Dave on set with his daughter Becca and son Josh.

Movie making was somewhat of an accident for the Moodys. After years of being in the music business, Dave received a call in 2007 from a long-time friend who was producing a film and asked if he would compose and produce the music for the soundtrack.  It was a life-time dream come true.

Dave’s first endeavor into film was to write and score the musical motion picture Stuck in the Past (2007).  Incidentally, Josh was cast as one of the young musician actors in the story.  After 12 days of being on set, the Moodys were hooked. Then later that summer in 2007, the Moodys produced their first feature film, Praise Band: The Movie (2008), which won numerous awards and launched the Moody family’s faith-driven, family focused production company Elevating Entertainment Motion Pictures.

The Moody’s second film, No Limit Kids: Much Ado About Middle School (2010), featuring Hollywood veteran Bill Cobbs and Golden Globe nominee Lee Meriwether, along with Disney teen idol Blake Michael, was released in the Fall of 2010. Moving Pictures Film and Television, part of ICAP Media Group, secured the international rights to distribute the film worldwide. Bridgestone Multimedia Group distributed the film in the US and Canada. The story was updated with additional filming and re-released under the title Shakespeare School Year (2018) starring Celeste Kellogg.

Dave then produced and directed Rusty Whitener‘s award winning novel and screenplay Season of Miracles (2013), which starred John Schneider, Grayson Russell and Nancy Stafford. The film was released in 2013 by Vivendi Entertainment.

The Moodys produced Silver Twins (2017) written by Larry Silver in Nashville in 2015. Elevating Entertainment inked a deal with Pure Flix in 2017 to distribute the film, as well as other titles in the company’s catalog.

Dave on set of All Light Will End with Andy Buckley

Other notable film projects include Dave’s soundtrack composing for the urban indie film Generational Curses (2009), his directing for the Elf Sparkle animated film series featuring Rob Schneider, John de Lancie, Margaret O’Brien and other Hollywood favorites, and the sequel to Season of Miracles entitled Season of Mysteries slated for release in 2019.

Upcoming projects in development include Christmas on Repeat, Just 18 Summers, and No Time To Run. Dave also serves as the Executive Director of the Nashville Indie Film Festival.

Visit JoshMoody.net | Not to be out done, Dave’s son Josh’s credits continue to expand as one of Nashville’s most requested Cinematographers, and include internationally recognized independent films as well as music videos, promotional material, and corporate content for clients such as The Boy Scouts of America, Billboard, Juice Plus, and his alma mater, Vanderbilt University. His work has shown and won awards at film festivals both internationally and domestically, including The Nashville Film Festival, Derby Film Festival, Tupelo Film Festival, HorrorHound Weekend, TISH, Philadelphia Independent Film Festival, NIFF, & Milledgeville/Eaton. Josh and his wife Jena (a costumer designer with numerous film, television and print credits) now spend their time living in LA and Nashville.

See Dave Moody and Josh Moody film credits on IMDB  Contact Dave to discuss how we can get involved or assist with production of your upcoming film project.